Leona Lewis Got Punched In The Face 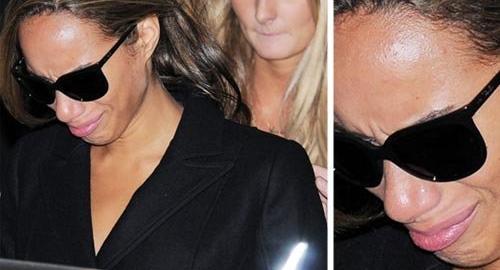 Pop singer Leona Lewis was signing copies of her new autobiography “Dreams” in London today, when a man who had just had his book signed punched her in the face. According to a friend of Leona Lewis…

“The man queued up patiently, then as soon as she signed his book he smashed her in the face. He didn’t say anything to her and she is at a loss as to why anyone would do such an evil thing.”

The only thing that would have made this story more amusing would be if the man had smashed her in the face with her own autobiography. Leona Lewis is 24-years-old! What kind of self-absorbed twit writes an autobiography at 24?

Autobiographies should be written by those who have actually lived life, and want to impart hard earned wisdom. Not some 20 something tranny looking pop star. Leona Lewis got what she deserved.