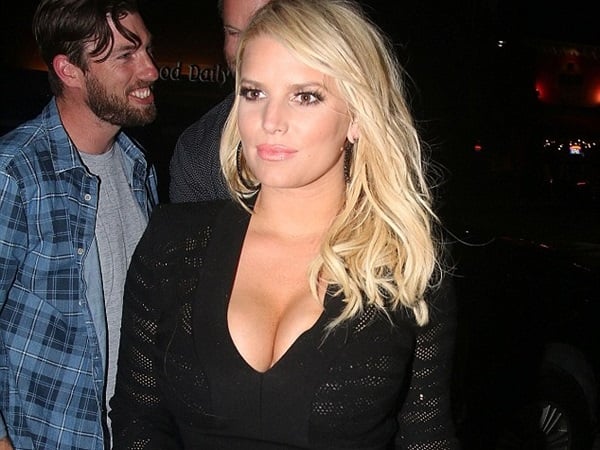 Jessica Simpson goes out to a nightclub showing off her bra and panties in a completely see through little black dress in the photos below.

Unfortunately for Jessica no self-respecting Muslim would ever do her the honor of vigorously pummeling her orifices with his mighty meat scud no matter how hard her pathetic husband tries to pimp her out. For unlike the immoral kuffars we still believe in the sanctity of marriage, no matter if it is someone’s number one wife or his eighth. Besides we would not want this filthy flaming closeted homoqueer to be able to felch out our potent man milk from Jessica’s gaping banged out holes afterwards.