Tiger’s PR Blitz Totally Reminds Everyone How Great He Is 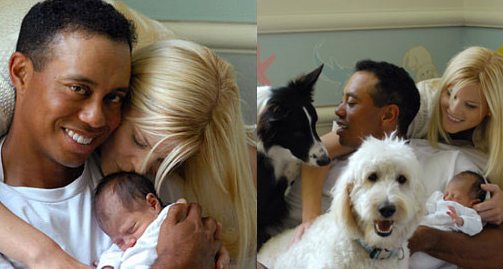 Out to prove he’s not just a golf-playing sex robot, Tiger Woods has recently reared his multi-ethnic head through every media outlet he can get his gloved hands on.

His quest to endear America to his new image includes writing essays in Newsweek about how much he loves his kids and writing bland tweets. This campaign is probably viewed as the Woodstock of public relations assignments, and in my mind, there is a command center in a bunker with a 35 year-old woman in a sexy, professional suit barking orders at different media outlets through a headset.

The only thing that would make this whole phenomenon better would be if Elin launched a smear campaign against him with her $100-$750 million settlement, spending every dime and ounce of energy to constantly remind the world that as much as he claims to love his kids, he doesn’t love them so much that he’s gonna pass up the opportunity to bang a hostess at Outback Steakhouse in Orlando. Ball’s in your court, you Scandinavian minx.