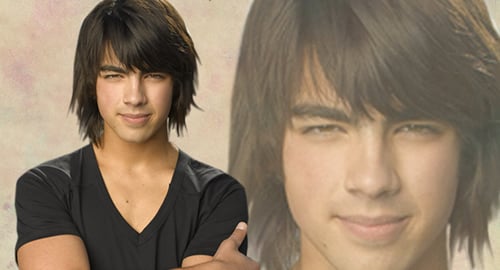 At a recent concert in Stockton, CA, Joe Jonas of the Jonas Brothers rose and spoke of an earlier time in his life.

“We have learned something important since the days that I served in Vietnam,” Joe said to the group of pre-teen girls in attendance. “Whatever we think about the war, whatever we call it — Afghanistan or Iraq — we owe our military men and women unconditional support.”

There was one problem: Joe Jonas never served in Vietnam. In fact, Joe Jonas had not even been born at the time of the conflict, according to records.

In an interview on Monday, Jonas said that he had misspoken about his service during the concert and might have misspoke on other occasions. “My intention has always been to be completely clear and accurate and straightforward, out of respect to the veterans who served in Vietnam,” he said.

This is not the first time Joe Jonas has be accused of lying about Vietnam. In 2007, he addressed a crowd outside a Gap Kids in Orange County, CA, where about 100 families had gathered. “When I returned (from Vietnam), I saw nothing like this,” Jonas said. “Let us do better by this generation of men and women.”

At a 2008 Kids Choice Awards after party, he praised the audience for paying tribute to troops fighting abroad, noting that America had not always done so. He also spoke openly about the “gook-ear necklace” he supposedly obtained during his nonexistent service.