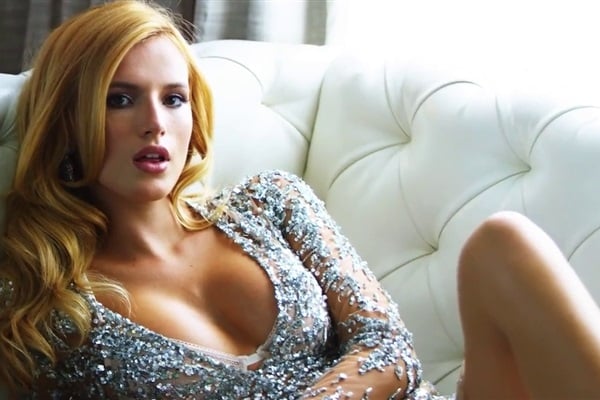 Former Disney star Bella Thorne shows off some deep cleavage in the photos below from the new issue of Glamour magazine.

Now that Bella is legally an adult in the infidel West, it is socially acceptable for her to really start whoring her sinful feminine body in mainstream magazines like Glamour. Of course as a former child star in the Disney camp Bella is well trained to do just that, as she has been conditioned to expose herself in front of pretty much any camera that she sees.

Yes Disney girls like Bella Thorne are a lot like Pavlov’s dogs, only they instinctively respond to the sight of a camera by salivating between their legs, unbuttoning their tops, bending over, and pouting their lips. Also instead of dog biscuits these girls are rewarded with money from Zionist smut peddlers, and affection from their stage mom parents. Unfortunately for Bella her real just desserts will come when she is cast down by Allah to burn in the eternal hellfire for this immoral behavior.