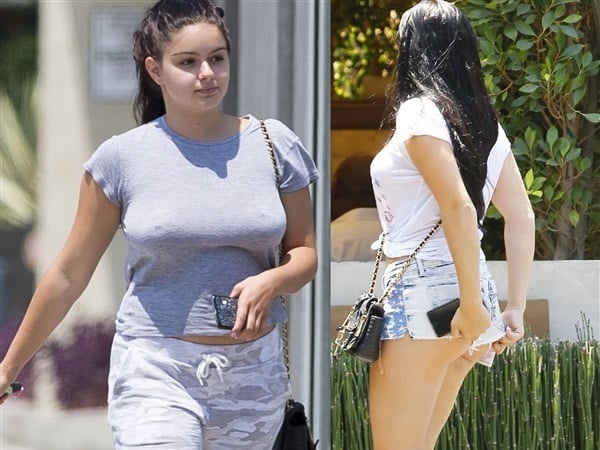 Of course only in the hopelessly depraved heathen West could a woman like Ariel Winter go out dressed like this, and parade her sex organs around without any repercussions from the pathetically effeminate male populace.

You better believe that if Ariel Winter tried to whore herself like this in the civilized Islamic world she would get banged immediately… Although when I say “banged” I don’t use the term the way the kuffar do to refer to sinful sexual intercourse, but rather to mean repeatedly and righteously pelted in the head with rocks by an angry mob of pious Muslims. For Ariel Winter in these photos reminds me of an old Islamic saying, “One should not try to stuff 50lbs of camel dung in a 10lbs bag”, and Ariel looks like she just burst at the seams and spilled shit all over the street.